All I Ever Need Is You

Please enjoy the following excerpt of All I Ever Need Is You: The Sullivans® #14, copyright 2015, Bella Andre…

How had it come to this?

Adam Sullivan couldn’t believe he had a meeting with a wedding planner in a few minutes. Clearly, the universe was in the mood for a good practical joke.

His brother Rafe and his future sister-in-law Brooke were getting married on the beach at Lake Wenatchee in the Cascade Mountains in five weeks. When they’d initially told him their plans months ago, he’d been picturing hot dogs grilled over a campfire, hanging out in bathing suits on the beach, sailboat races, and a weekend of hiking through the surrounding mountains with his favorite people. But then, suddenly, they were working with some wedding planner, and Adam’s visions of a relaxing weekend wedding had been shot to hell.

Wedding planners meant ties that were too tight, matching suits dyed ridiculous colors that no guy would ever willingly choose to wear, and endless toasts.

But when Adam walked into the foyer of Dromoland Weddings & Events, he was impressed despite himself. From the flowers on the reception desk to the painting on the facing wall of a glowing bride in a flowing white dress, laughing as she tossed her bouquet toward her bridesmaids—every detail of the office spoke elegantly of wedding dreams come true. There wasn’t a single element he would have changed—something that rarely happened for an architect and builder who was always mentally tweaking the buildings and rooms he entered.

Both Rafe’s and Brooke’s work schedules had heated up just as they were in the crucial final planning stages for their wedding, and Rafe had been worried that Brooke might lose out on making her dream day come to life if they blew things with the wedding planner by bailing on another meeting with her. Adam hadn’t thought twice before offering to step in on their behalf. Even though, as far as he was concerned, there had already been a heck of a lot of Sullivan weddings in the past couple of years. First Chase, Marcus, Gabe, Sophie, and Lori—his San Francisco cousins—had all tied the knot. And then Rafe, Mia, Dylan, and Ian, his three brothers and sister, were all either engaged or married now, too.

Love and marriage had taken over the West Coast Sullivans one by one, like an amusement park game where the goal was to fell the targets one after another. Only instead of winning huge stuffed animals, his cousins and siblings had ended up with rings on their fingers.

For all Adam’s jokes, though, they all knew that he was happy for them. Truly happy that they’d each found someone they wanted to be with for the rest of their lives.

That didn’t mean, however, that he was anywhere near that frame of mind himself. Women, he’d always believed, were to be enjoyed—for as long as the enjoyment lasted. Fortunately, the women he dated had always been of like mind, probably because he wasn’t the kind of guy a girl looked at and thought, Now, there’s my forever. And he was okay with that. More than okay. He had plenty of nieces and nephews to play with thanks to his cousins, and likely his siblings soon, too.

Sure, Adam knew what everyone was saying about him. He couldn’t quite manage to block out the endlessly repeating refrains from the lovestruck. According to them, he just hadn’t met the right woman yet. They said he didn’t know what he was missing. And, evidently, he hadn’t yet realized how love would change everything for him.

Adam’s laughter rang out against the marble floors at the absurd thought of some woman walking into a room and changing his life forever. He’d never come close to feeling as if a lightning bolt had hit him, the way his brother Ian had with his fiancée, Tatiana. He couldn’t imagine falling in love at first sight the way his brother Dylan had with his wife, Grace, and her son, Mason. There’d never been anyone he’d pined over for years the way his sister, Mia, had for her husband, Ford. And he couldn’t think of anyone he’d known from childhood whom he would ever fall in love with the way Rafe had with Brooke.

Nope, his family was just going to have to accept that Cupid’s arrow would be skipping this Sullivan.

On a recent business trip to the East Coast, where he’d met up with some of his Maine and New York cousins, he’d warned them that they were next, because he was officially passing the falling-in-love torch to them. He’d paid the bar tab that night out of pity for the poor suckers who had no idea just what was coming for them soon. All those gooey looks. The perpetually up-and-down emotions when the road to true love wasn’t at all smooth. Not to mention the way they went a little crazy—more than a little crazy, actually—when they thought they’d lost the guy or girl of their dreams.

He’d seen all of that, and more, happen to his siblings and San Francisco cousins. But he was confident that it wasn’t going to happen to him. That it couldn’t possibly happen to him. In fact, he needed to get this meeting rolling soon or he’d be late for his date tonight with—

He turned at his name, and as he set eyes on the woman standing in front of him, he actually forgot how to speak for a moment. His brain turned into one big blank space, and his eyes went wide before he could stop it from happening.

Even when he gave his head a hard shake, he could still hardly believe his eyes. She was exactly what he’d imagined a high-gloss, high-class wedding planner would be. Perfect silk shirt and pencil skirt, heels that he knew his sister, Mia, would kill for, and not one strand of her long dark hair or makeup out of place. She was the polar opposite of the kind of woman he was normally attracted to.

And yet, only one thought would form in his whiplashed brain: Where the hell had she been all his life?
Excerpt from All I Ever Need Is You: The Sullivans® #14, copyright 2015, Bella Andre 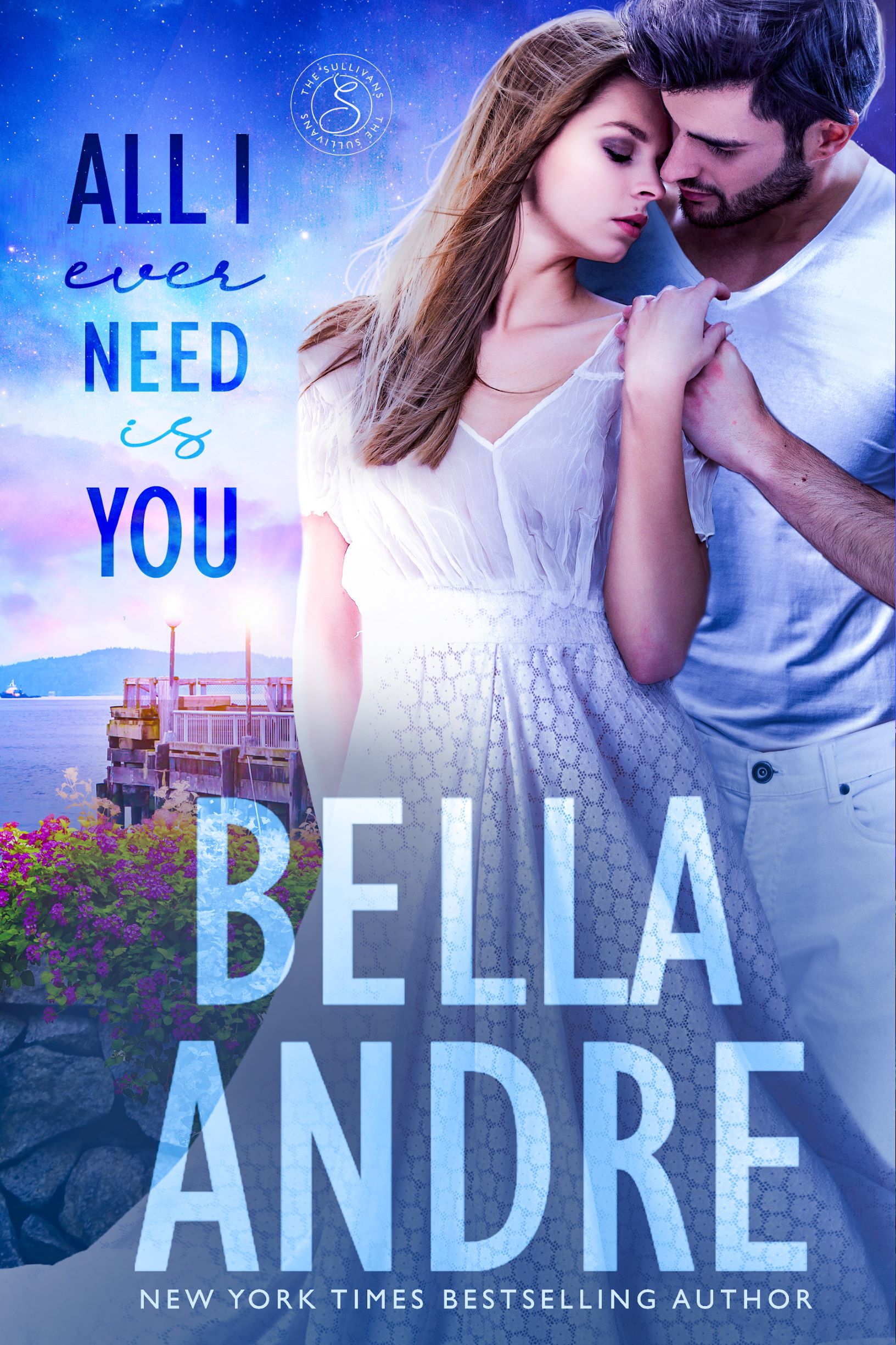