Every Beat Of My Heart

“You are cordially invited to a very special wedding…”
The eBook and Paperback are now available!
Please enjoy the following excerpt of Every Beat of My Heart: The Sullivans® (Wedding Novella), copyright 2016, Bella Andre…

Sunday lunch at Mary Sullivan’s house in Palo Alto was always a good—and loud—time. Especially now that there could sometimes be more than a dozen adults in the backyard, and plenty of little kids running around, as well.

The family’s pets were there too, of course, with Zach and Heather’s dogs and Summer’s poodle following Lori’s cat around the yard as if they were three of her loyal subjects. All of them were great with the kids, even the little ones who didn’t quite understand how rude it was to tug a tail.

Nearly everyone in the Bay Area had been able to make it today. Only Smith and Valentina were out of town, finishing up a film shoot. With a crowd like this, Mary usually kept the meal simple—hot dogs, hamburgers, grilled chicken, and salad greens picked from Lori and Grayson’s farm in Pescadero. And, of course, wine from Marcus and Nicola’s Napa vineyard. Sophie passed around homemade ice cream sandwiches that had Lori groaning about her dancer’s figure disappearing even as she ate two in rapid succession.

For Mary, family was—and had always been—everything. She never took these Sunday lunches for granted. And even though her husband, Jack, had passed away far too many years ago when he was forty-eight, she never felt alone. Not when she could see a part of him in every single one of her kids and grandchildren.

Chase had just pulled out his camera—he’d happily been the family photographer since Jack gave him his first camera when he was eight years old—when Zach stood, tugging Heather up with him. “Listen up, everyone. Heather and I have an announcement to make.”

Mary loved all her kids dearly, loved how unique they all were too. Zach had always sped through life, so it was fitting that he restored race cars and raced them for a living. When Heather had appeared in his life from out of the blue with her big, sweet Great Dane at her side, Zach had been thrown for the biggest—and best—loop of his life. It had been a joy to watch her son fall for such a wonderful woman, even if the path to true love hadn’t been easy for either of them. Mary’s eyes grew a little damp as she watched the two of them standing together in the sunlight, surrounded by family.

“Are you going to be making your announcement soon?” Lori asked. “Or should I go get another ice cream sandwich first?”

Lori had always been a handful. Nicknamed Naughty, Lori had been a whirlwind of energy even as a toddler. Her career as a dancer and choreographer suited her perfectly. As did her husband, Grayson. He seemed extra protective of her today, Mary noticed. Just as she’d noted her daughter’s extreme appreciation for ice cream sandwiches. Lori had always enjoyed food, and certainly burned enough calories dancing, but three desserts was a lot even for her. As Mary looked out across the yard to where the kids were making a fort out of empty cardboard boxes, hope lit in her heart that there’d be yet another big announcement coming soon.

“Stay in your seat, Naughty,” Zach said. Pausing only to grin at his fiancée, he told them all, “Heather and I are getting married in two weeks.”

Sophie’s happy exclamation had Julia, Chase and Chloe’s baby, clapping along with her. Lori and Sophie were twins, but because Sophie was generally calmer and more soft-spoken, she had been given the nickname Nice.

Zach turned to Marcus. “Happen to know if your winery has an opening for a wedding on November fifteenth?”

Of course, Mary’s oldest nodded. Marcus had always taken care of his younger siblings, even before Jack passed away. “Nicola and I were just talking about how it’s been too long since one of you got married at the vineyard.”

“Great, then it’s settled.” Zach looked extremely pleased as he turned to give Heather a quick, and very possessive, kiss. “See you all in Napa on the fifteenth.”

“Actually—” Ryan surprised them all by standing up, bringing Vicki with him. “We have an announcement too.”

“Ryan.” Vicki put one hand on his face to turn his gaze to hers. “We can wait.”

Mary was struck by how fierce her normally easygoing son looked. Everything in life had always come easily to him—especially baseball. Only love had been a struggle when he’d fallen head over heels for Vicki as a teenager, then lost her when she moved away and married another man. Vicki had always been, and would always be, her son’s forever love.

Vicki turned to everyone at the table. “I’m sure you’ve all guessed this by now, but we were planning to tell you about our wedding plans too.”

“For the fifteenth,” Ryan said, looking straight at Zach.

“You’ve got to be kidding me.” Lori looked between her brothers. “You’ve both decided to get married on the same day? A day that’s only two weeks away?” She shook her head. “I’m really glad I didn’t go get that ice cream sandwich after all.”

Just like similar times when Lori had razzed them when they were kids, Zach and Ryan both looked on the verge of snarling—or worse—at their sister.

“We can change our date,” Heather offered.

But Zach wasn’t having any of it. “Two weeks, Heather, or it’s a guy dressed like Elvis at Vegas’s finest by-the-hour chapel.”

Mary could barely smother her grin. Especially when Summer ran up to the table and said, “What’s going on?” She picked up baby Logan from Gabe’s lap and bounced her little brother in her arms, making him laugh with delight. “Why are Uncle Zach and Uncle Ryan standing there looking so mad at each other?”

Gabe didn’t bother to contain his own laughter as he told his stepdaughter, “Because they’re not seeing the obvious answer, even though it’s right in front of them.” Though Gabe fought fires for a living, Mary had always thought his solid, steady personality would have made him a great mediator. It certainly made him a great husband to Megan and father to their two kids.

Chase looked at his brother, grinning as he nodded. “Makes perfect sense to me.”

“Couldn’t agree more,” Marcus said. “Smith and Valentina are definitely going to be bummed they missed this lunch.”

“What the hell are you all talking about?” Both Zach and Ryan erupted at the same time.

Sophie’s eyes were sparkling as she told her brothers in a gentle, but clearly amused voice, “We all think you should have a double wedding.”

Excerpt from Every Beat of My Heart: The Sullivans® (Wedding Novella), copyright 2016, Bella Andre.. 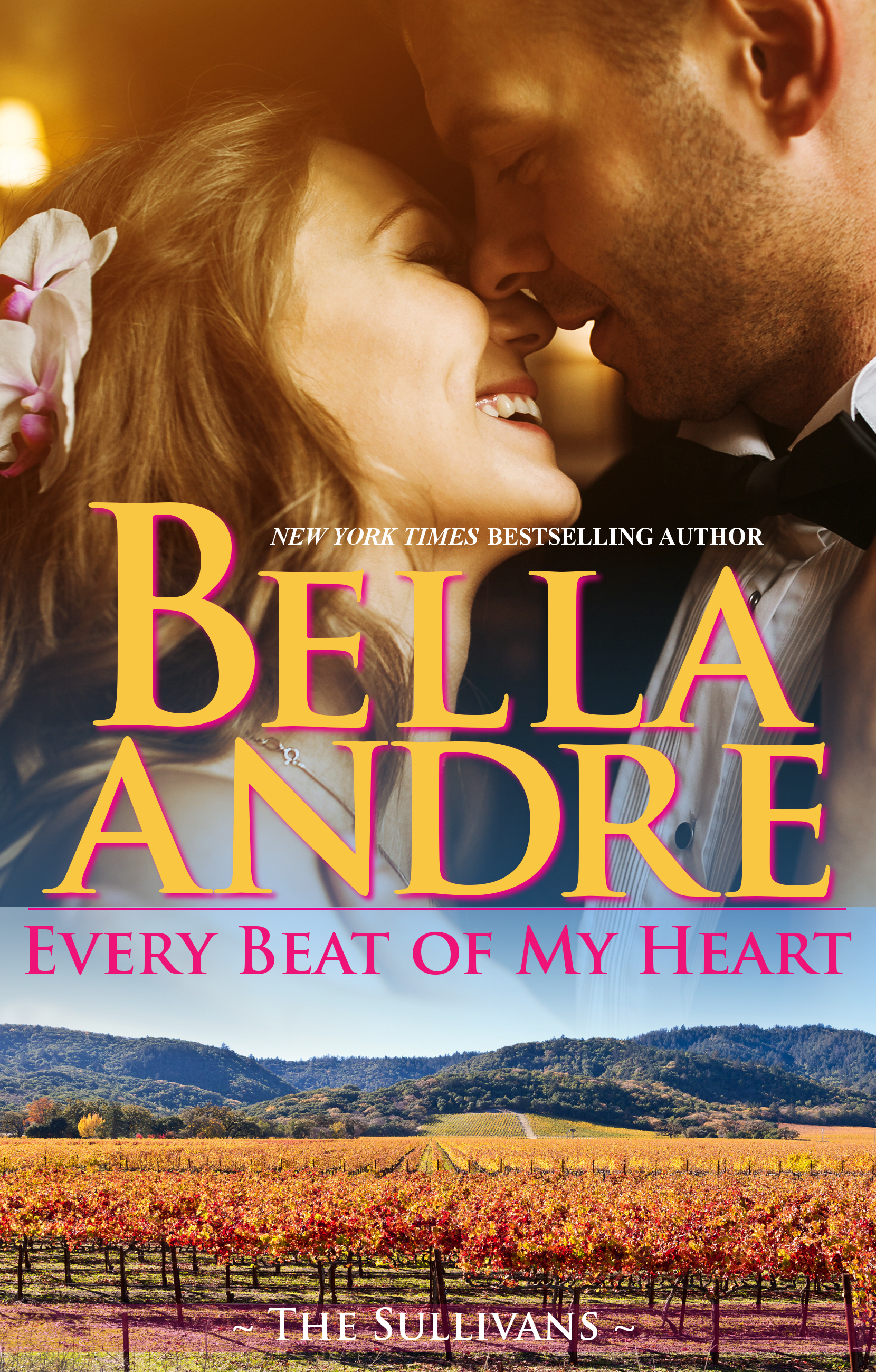