It Must Be Your Love

Please enjoy the following excerpt of It Must Be Your Love: The Sullivans® #11, copyright 2014, Bella Andre…

Successful Seattle Realtor Mia Sullivan is nobody's fool…apart from that one week five years ago when she gave away her heart to a sexy musician who gave her nothing in return but a few sinfully perfect days—and nights—in his bed. Though she swears she never wants to see him again, he's the one man she's never been able to forget.

One of the hottest rock stars in the world, Ford Vincent can have any woman he wants…except Mia Sullivan. But now he knows millions of strangers singing along with his songs can’t fill the hole inside of him. Only Mia's love has the power to do that—so he vows to do anything and everything it takes to win her heart again.

From the first moment they see each other again, intense sparks of attraction fly. Between irresistible kisses, a romantic Sullivan wedding in Napa Valley, and a deeply sensual connection that neither of them can deny, can Mia and Ford finally rediscover a love strong enough to last forever?

Mia Sullivan knew nothing about the man she was about to meet…except that he must be rich.

Mia had been contacted the previous day by a lawyer representing a client who was in the market for a home in Seattle. The budget? Ten million dollars, give or take a few million, if necessary.

The location? On the water, of course.

The client? Anonymous until today’s showing.

As the owner of Sullivan Realty with a half-dozen agents working under her, Mia already had a full slate of showings and meetings set up for Friday morning. Plus, she’d found the anonymous-buyer aspect more than a little suspect. What possible reason could a potential client have for keeping his or her identity a secret from her? Quickly running through various possibilities in her head, Mia figured it was possible that the buyer might be a wealthy and dangerous convict who had done his time and now wanted to restart his life with a big house on the water in the Pacific Northwest.

Of course, she’d love the commission on a ten-million-dollar sale, but at this point she didn’t absolutely need it. Besides, Mia Sullivan had four older brothers and loving parents who had taught her well about looking out for herself, and she was nobody’s fool.

Well, that is, apart from that one week five years ago when she’d been a complete and utter fool, all for love…

Shoving that ugly thought back into the dark depths where it belonged, she’d point-blank asked, “Has your client done time for a horrible crime?”

It had sounded like the lawyer was barely restraining his laughter as he’d said, “No. I can promise you that he is most definitely not a murderer.”

Then she’d known it was a man, at least. “I’m afraid it’s going to be extremely difficult to help choose the perfect house for a client who insists on remaining anonymous.” At the lawyer’s continued silence, she’d added, “I’d have to know his age and the size of his family or staff, at the very least.”

“I truly do apologize for not being able to divulge any further details about my client, but I can promise that he is of sound mind and does not intend to do you any harm.”

“If that’s intended to be reassuring—”

“I have also couriered over a check for twenty thousand dollars as a down payment on your fee. Whether you are able to find a home that my client wishes to purchase, or not, the money is yours.”

As if it had been choreographed, Mia’s assistant, Orlando had brought in an envelope just as the lawyer finished speaking.

Mia had slid out the cashier’s check for twenty grand, and this time when her mouth opened, no further protests had come out. No Realtor on the planet would ignore this client. Anonymous or not, he was clearly serious about buying a waterfront home in Seattle, so she’d decided to shift her original Friday clients to Orlando and book new showings at three of the best waterfront listings in Seattle.

Now, as she unlocked the front door to the amazing waterfront estate, she gave silent thanks that it was a perfect day. The clouds were white and fluffy in a brilliantly blue sky, and the water of Lake Washington was so calm it looked like glass. Quickly and efficiently, she made her way through each room on the ground floor, turning on lights, adjusting vases of flowers, and shifting furniture slightly to make the house look truly perfect.

Not, however, that this home needed much help in that department. Because while she believed all three houses on today’s agenda would suit even the pickiest buyer, she was particularly partial to this one because of one very unique feature.

What girl didn’t love the thought of a gorgeous, strapping prince climbing up stone and vines to give her true love’s kiss in a tower? And what boy wouldn’t have loved to stealthily track invaders from high above like a warrior would have so many centuries ago? Plus, on a more practical note, the tower had great light, beautiful stone walls, and an incredible view.

The house was currently owned by a really nice couple who were, unfortunately, splitting up. Mia had attended a few of their parties over the years and had always been amazed by how similar they were—everything from their blond good looks to their classic fashion sense. She’d been extremely surprised when they had called to let her know they were getting a divorce and wanted her to list their home. As far as she had seen, they had never argued or seemed angry with each other beneath brittle smiles and fake endearments, like so many couples often did. Then again, the more she’d thought about it, she couldn’t ever remember them touching, either. Their divorce, it seemed, was now proceeding with as little passion as their marriage.

Mia stopped halfway up the spiral staircase that led to the tower room and gazed out a small window that overlooked the extensive grounds.

How, she wondered, do people ever figure out the balance between love and lust? Friendship and passion?

Gazing out at the blue lake and the yacht moored just outside the window, she barely saw them as she mulled over the questions that had been popping into her head again and again now that so many of her family members had found the one. First, her eight cousins in San Francisco had all fallen in love. Four were already married and another four were engaged, with Marcus and Nicola’s wedding coming up on Sunday at his winery in Napa Valley. And then, this past summer, her brother Rafe had fallen head over heels in love with their old friend Brooke.

Of course, Mia was thrilled for her brother and cousins. But after seeing each of the happy couples together, she’d seriously begun to doubt that she’d find what they all had with each other. Especially when, given her big past relationship mistake, she clearly had no idea what real love was.

The sounds of a seagull squawking just a few yards outside the window yanked her from her musings. Her anonymous buyer would be arriving in fifteen minutes, and she wanted to be completely ready for him. Taking the final stairs two at a time, she reached the thick wooden door to the tower room thirty seconds later.

She was slightly surprised to find the door open. But when she stepped inside she was far more surprised to realize that the room wasn’t empty…and that the anonymous buyer was the very last man on earth she ever wanted to see again.

Ford Vincent was not only a world famous rock star.

He was also the man who had broken her heart.

Excerpt from It Must Be Your Love: The Sullivans® #11, copyright 2014, Bella Andre 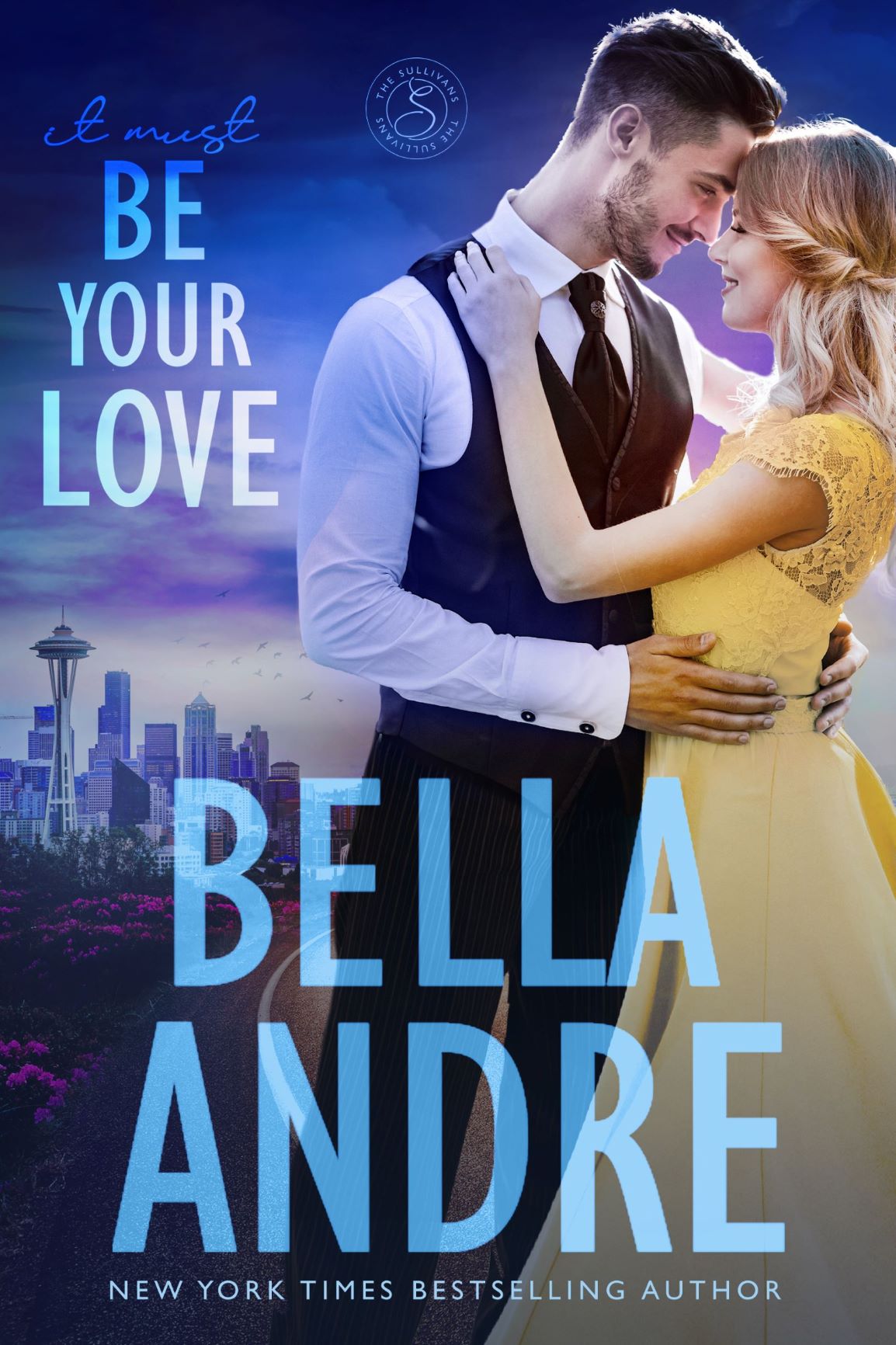