Please enjoy the following excerpt of If You Were Mine: The Sullivans® #5, copyright 2013, Bella Andre…

Can two people who have both sworn off love find forever in each other's arms? The last thing Zach Sullivan wants is to take care of his brother's new puppy for two weeks. Until he meets the dog trainer, that is. Heather is bright, beautiful, and he can't stop thinking about her. Unfortunately, she just might be the only woman on earth who wants nothing to do with him.

There were half a dozen girls in bikinis waiting in Zach’s garage, but the woman laughing with his dog in her arms, wearing a sweaty, long-sleeved T-shirt and muddy shorts, with a messy braid trailing down her back, put them all to shame.

He couldn’t think of a time he’d ever seen eyes that color, brown with so many flecks of gold that he couldn’t look away. And, Jesus, that mouth of hers, rosy and full, made a man want to do crazy things…like grab the puppy and kiss it all over its drooly, disgusting little face for bringing Heather here today.

He’d been pissed off at Gabe and Summer for dumping the dog on him for two weeks. Now he realized he should thank them, instead.

Unlike most women, however, he could tell Heather wanted nothing to do with him. Fortunately, her dog didn’t seem to have any of the same qualms, especially when he sniffed the glazed sugar on Zach’s fingers from the donut he’d been eating for breakfast.

“Hey, mutt,” Zach said, thinking fast, “I left the rest of my donut on the counter inside. You want it?”

The huge dog’s ears twitched as if he understood, but he didn’t move. Instead, he looked up at Heather for approval.

Clearly, she was gearing up to refuse. But, man, that huge dog could play up the puppy dog eyes when he wanted to. Zach was impressed. He’d have to remember how to do that in the future.

Her dog let out a low whine and Heather finally sighed and said, “Okay, fine. Go.” As she let go of his leash and the enormous dog loped off toward the garage, she followed him, still carrying Cuddles.

“I get that you weren’t prepared for a puppy, but I can’t leave her with you if you’re going to put her in a crate all day. She needs to understand how to stay with you so she doesn’t get hurt by something in the garage. You’re going to need to work on training her to understand your commands. And you’re going to have to do it without yelling at her.” She shot him a hard look. “Ever again.”

He would agree with whatever Heather said just as long as she stayed long enough for him to convince her to give him a chance. He couldn’t remember ever wanting a woman this bad, this fast.

“Hey Chase,” he told his brother, “I’ve got to call off the shoot.”

The models looked at his brother in confusion and Chase told them to take five before saying, “Chloe is going to have the baby any day now, and then I’m out of commission for a while. You sure you want to reschedule?”

Despite her ongoing protests that she was fine, Zach was already kneeling in front of Heather and gently wiping at the open skin on her knee with an antiseptic wipe from a nearby First Aid kit.

“I’ve got to clear my schedule for puppy training.”

“Seriously?” Heather blinked at him like he was driving on three wheels. “That’s why you’re sending everyone home? Isn’t your boss going to be mad?”

“Agnes didn’t mention my last name, did she?”

Her eyes widened with disbelief as she looked from him to the sign on the wall, then back again. “You’re the Sullivan in Sullivan Autos? This is your garage?”

“Don’t worry, I know cars a lot better than I know dogs.”

But he knew women best of all. And, he thought as he slid a Band-Aid strip over her left knee, he couldn’t wait to get his hands on more than Heather’s knees. Because even as he cleaned and bandaged her cuts, her skin was so warm, so soft, so responsive to his touch.

After he slid another Band-Aid strip over her silky smooth skin, he held out his arms. “Now that the shoot’s off, I’m all yours to train.”

Most women would have been pleased by the sensual undertones in his words, or would at least have blushed, but she simply glared at him with icy cool eyes.

Cuddles yawned and curled closer into her chest. What Zach wouldn’t do to be where the puppy was.

She shifted her legs out of his reach. “You can’t cancel your photo shoot. You’ll lose too much money.” She stood up and grabbed her dog’s leash again. “Atlas, it’s time to go.”

Damn it, she was going to leave. Panic gripped him, even though he’d only just met her, even though he could easily find another woman to have sex with. “Heather—”

She frowned as she looked down at where he was still kneeling on the cement floor. “Since you can’t keep Cuddles here while you’re—” She paused to look at the models chain smoking and talking on their cell phones in the parking lot. “—working, I’ll take her to my office. When she wakes up, she can play with Atlas until you get there for our first session.”

She told him the address, then made a clicking sound that had her huge dog following her out of the garage with an adoring look on his furry face.

Zach understood exactly how the dog felt. One sign from her and he’d happily do the same thing.

His brother moved beside him and, together, they watched Heather leave, her long braid swinging behind her, her legs strong and tanned in her shorts.

And, hopefully, a hell of a lot more than that real soon.

Excerpt of If You Were Mine: The Sullivans® #5, copyright 2013, Bella Andre 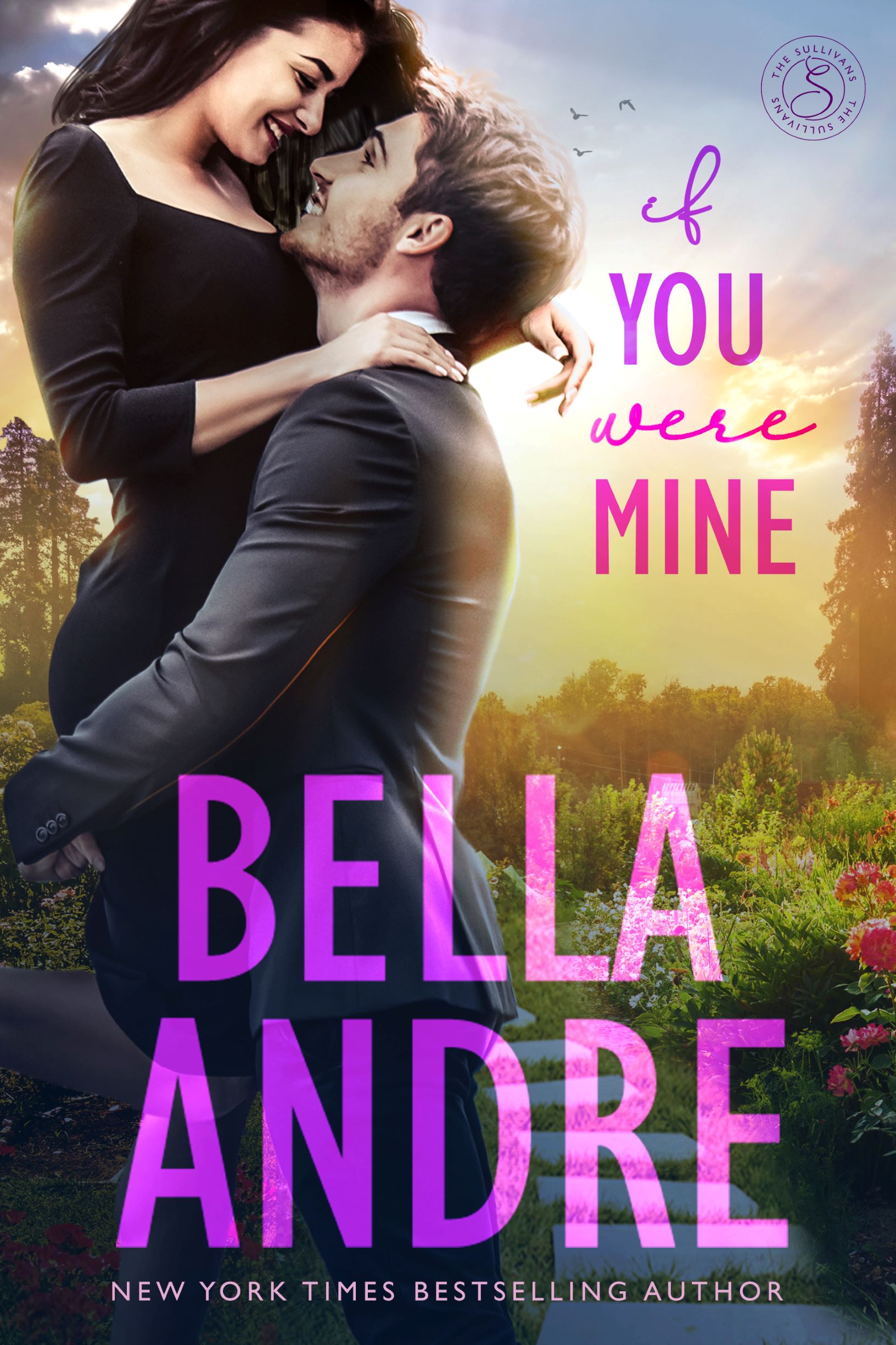