Kissing Under The Mistletoe

Please enjoy the following excerpt of Kissing Under The Mistletoe: The Sullivans® #9, copyright 2013, Bella Andre…

Mary couldn’t stop her tears from falling as she wept for the mother who had never understood her daughter’s need to open her wings and fly, if only to see how things looked from new skies and not because she wanted to fly away forever.

“But she’s always been my mother. And I long for her every single day.”

Jack drew her against him, his arms warm and comforting as he stroked her back. He didn’t speak, didn’t try to make everything better for her with simple platitudes. He simply held her and let her cry out the tears she’d held back for too long.

It wasn’t until she’d drained her well of emotion dry that she realized he’d pressed his lips to her forehead in the kind of kiss one friend gave to another.

No man had ever kissed her that way before. As a friend.

And she’d never before slipped so easily into a man’s arms, as if she’d finally found the place she was supposed to be.

Taking a shaky breath, Mary pulled back slightly and brushed a hand over the broad shoulder that she’d just cried on. “Just when you were starting to dry off, I got you all wet again.” It would have been easier to stand, to fiddle with reheating their coffee, to talk about the ad campaign. Anything but remain in Jack’s arms and meet his concerned gaze. “Thank you for listening,” she said as she looked up into his eyes and was immediately caught up in desire. Just that quickly.

Again, that voice in the back of her head scolded her with reminders of caution. Maybe, she found herself thinking as she reached up to stroke her fingertips over the dark shadow across Jack’s jaw, she was still the same foolish and headstrong girl now that she’d been at nineteen.

“You’ve already gone above and beyond tonight, dancing with me in the rain, holding me while I cried. I know I shouldn’t ask for more, but—”

Before she could say anything more, or ask for all the things she shouldn’t allow herself to desire, his mouth covered hers, hard and hungry.

Moments ago, Jack had kissed her as a friend.

Now, he kissed her as a lover.

One hand threaded into her hair, the other cupped her hip as he slid her from the seat to pull her against his body. My God, he felt good. Hard and strong, his caresses just wicked enough to make every nerve ending spike to life inside her.

His tongue slid across her lips once, then once again as if he hadn’t gotten nearly enough from the first taste. And then, a moment later, she knew for sure that he hadn’t because he was sucking her lower lip into his mouth and making her moan with pleasure as he scored it gently with his teeth.

Their first kiss had been a shockingly sweet press of lips that had sent pleasure humming through her. But this kiss—and the sharp, hot, deep rush of being so close to him—was setting off an entire fireworks show inside of her.

Both of them were breathing hard when he finally drew back an inch. “I’ve never tasted anything as good as you. Not even close.”

He dipped his mouth down for another taste that had her toes curling in her boots, but too soon he pulled back again. She could feel the tight rein he was trying to keep on himself.

“I’m trying to be patient, Angel. I swear I am. I should go before I forget everything except how much I want you.”

She’d asked him to see their business relationship through before asking for more. But that was when she’d assumed she could hold on to her own control when being around him.

“Please,” she found herself begging him now, “before you go, give me one more kiss.”

She expected him to draw her close again, to thread his hands roughly into her hair and devour her once more. But Jack Sullivan had surprised her from the start, and though his gaze ran hot with desire, the light brush of his fingertips over her lips was so gentle, so sweet, that she was stunned by the force of emotion that rocked through her as he touched her. She could feel herself melting into him and knew that if he kissed her again tonight, it wouldn’t end there.

“I think we’ve tested our restraint enough for one night.”

She wanted to argue with him, wanted to wrap herself around him and convince him with more kisses. She longed for bare skin against bare skin and to forget the rules she’d laid down.

But Mary sensed Jack wasn’t the kind of man who second-guessed himself once he made up his mind. And she knew he was putting on the brakes not because he didn’t want her, but because he respected her too much to let a moment of heady passion destroy the friendship growing between them.

A friendship that might, if treated with the proper care, become the foundation for something much, much bigger.

As a model, she’d learned how to exercise a great deal of control over her body so she could hold difficult poses for hours on end, sometimes in brutal heat, other times in biting cold. It was that control she called upon now. She forced herself to slip out of Jack’s arms and pick up his jacket from the radiator across the room.

“Next time I invite you in,” she said with a small smile as she gave him his coat and walked him to the front door, “I’ll let you drink your coffee.”

He was standing on her front step when he said, “Next time you invite me in, I’m going to make love to you.”

Excerpt from Kissing Under The Mistletoe: The Sullivans® #9, copyright 2013, Bella Andre 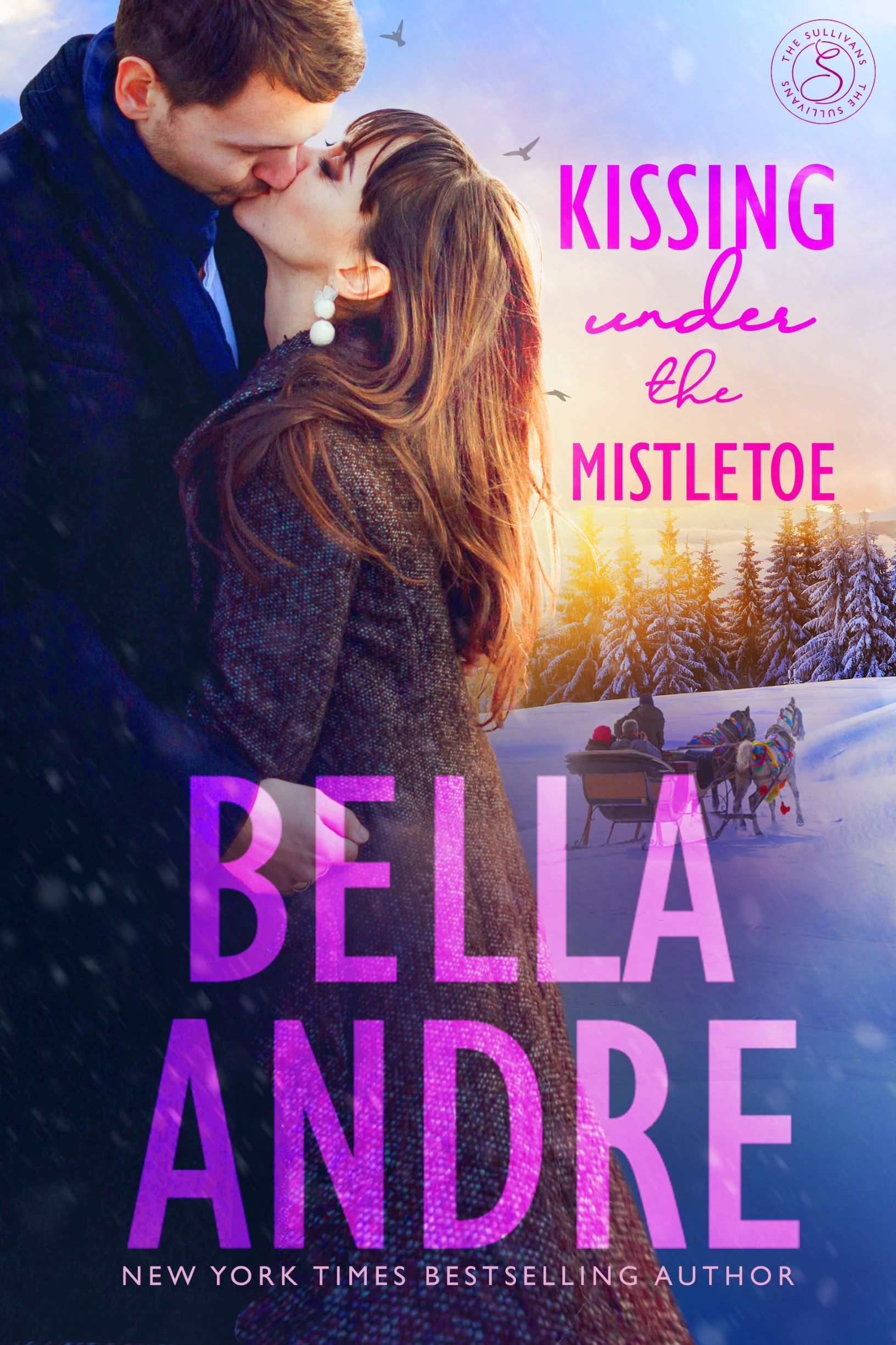