Now That I've Found You

Please enjoy the following excerpt of  Now That I've Found You: The Sullivans® #15, copyright 2016, Bella Andre…

There was someone out on the cliffs. His cliffs.

Drake Sullivan watched as the person crossed the cliffs just beyond the trees surrounding his property. In the six years he’d owned this cottage on twenty acres at the northern tip of Long Island, few people had ever trespassed. Sure, his siblings and cousins often showed up out of the blue, but most people didn’t know the lone private parcel in Montauk Point State Park existed—even locals. The trails dead-ended a mile from the edge of his property, and even sailors out on the water couldn’t see his small cabin through the trees.

A black cap flew off the person’s head and long, dark hair blew out. She didn’t try to catch the cap, didn’t actually seem to notice it was gone. Instead, she kept her head down as she walked along rocks that could be extremely treacherous when wet. One wrong step and she could slip and fall on the sharp, unforgiving slate that rose up from the sand below.

The closer he looked through his cottage’s living room window, the less steady she appeared. The wind had already kicked in big time earlier that morning, and he could see her legs were shaking. Not just her legs: all of her. Anyone else out in this biting wind would have been wearing a jacket—a heavy one. Her T-shirt and jeans weren’t much better than being naked out there in the elements, especially now that the rain had started coming down in sheets.

Surprise shifted to concern as he realized she might not just be a hiker who had somehow found her way onto his property. Someone out to enjoy the outdoors would actually have been enjoying it—the growing swells of the surf, the violent dance of the storm clouds as they took over the previously blue sky, the golden beach such a surprising contrast to the dark gray cliffs that jutted up so abruptly. But this woman obviously wasn’t having a good time—barely seemed to notice where she was, in fact.

Was she trying to hurt herself by going out onto the wet rocks when the wind was kicking up like this? Or did she just not know any better?

He was already heading out to see if she needed help when she suddenly dropped down onto the rocks. His innate protective urges had him flying out the door and crunching quickly through the pine needles on the forest floor to go and help her.

But as he got closer, he realized that though she was definitely crying, it didn’t seem to be because of a fall. From what he could see, she was sobbing the way his sister Suzanne and his numerous female cousins did when their hearts had been shattered. Sitting in a little ball near the edge, the woman’s arms were wrapped around her knees, her head tucked against her legs as she wept.

Though he still wanted to make sure she didn’t come to any harm, Drake made himself stop where he was, hidden in the trees. He knew enough about women to understand that when one was crying like this, the very last thing she wanted was for someone to witness it.

As he watched over her from the forest, Drake finally noticed all the things he hadn’t seen when he’d thought she might be about to harm herself. The way her slightly wavy hair went from light brown at the roots to a darker bronze at the tips. The elegant curve of her neck. The long line of her spine as she hugged her legs. And, most of all, the surprising strength in her slender arms.

Sobbing this hard should have reduced her in some way. Should have diminished her. But she had such strength—a magnificent power that only seemed to magnify as he watched over her.

The last thing Drake expected was to feel something stir in him. Something that hadn’t stirred in a very long time: an urge to paint.

Since he was a kid, he’d always carried a small sketchbook in his pocket to make sure he could capture inspiration whenever and wherever it came. It wasn’t until he reached into his back pocket and came up empty that he remembered he hadn’t touched it in weeks, his dearth of inspiration having already killed his longstanding habit of slipping it into his pocket.

Most people came to Montauk for the wide-open beaches or to be seen in the Hamptons. But Drake came for silence. And inspiration.

Two months. That’s how long he’d been waiting for some damned inspiration to strike. Instead, he’d reached the point where he could barely see a reason to open a sketchbook or set up his easel. All this beauty around him, an ocean that seemed to stretch on forever, old fishing buildings throughout town that had more soul than any modern buildings would ever have—and still nothing sparked.

As Drake stood in the thick copse of trees, he had only his memory with which to capture the image of the woman on the cliffs. His visual memory had always been borderline photographic, yet despite his ability to remember fine details that most people never even saw, he still wished she were sitting in his studio now so that he could stare, learn, discover.

His brain skidded to a halt. What the hell was he thinking?

Drake didn’t paint women. Ever. It was his one hard and fast rule. Oils and acrylics, pastels and watercolor—he was open to it all. But he had never brought a woman into his studio and he never planned to.

Besides, even if he didn’t have a hard line about painting women, he shouldn’t be thinking about work right now. He should be concentrating on making sure this woman didn’t decide to leap from the rocks during her crying jag.

At first her grief had rivaled the storm. But the storm within her seemed finally to be subsiding, calming by degrees. As if she controlled the weather, the wind that had been whipping the ocean and the forest into a frenzy just moments earlier suddenly stopped blowing, the storm clouds parting to reveal blue sky—and a stream of sunlight that landed on the woman like a spotlight.

When she lifted her head from her knees and turned to face the sun so that he could finally see her profile, Drake’s heart stilled in his chest—stopping as surely as it would had a knife stabbed it, or a bullet pierced it.

He needed to paint her.

Rosa Bouchard—not Rosalind, no matter how much her mother insisted on using her legal name because it sounded “classier”—hadn’t cried in years. Not since her father had passed away when she was ten and she’d lost one of the most important, loving people in her life.

But today she couldn’t stop.

There was so much water around her already—waves crashing, salt water spraying up onto the clifftop to soak her shoes, her clothes, her skin. What was a little more salty liquid to add to it? Especially when her tears were barely a drop in the bucket compared to the huge, wide ocean in front of her.

It was almost a relief to let the tears flow through her so hard and fast that she couldn’t concentrate on anything else. Rosa didn’t want to think right now. Didn’t want to have to make any big decisions. Didn’t want to keep remembering what had happened. Not just the horrible pictures, but all the awful comments from strangers that had followed. And, worst of all, the things that the people who were supposed to care about her most had said.

Unfortunately, nothing could stop her mother’s voice from playing on repeat inside Rosa’s head, the same way it had for nearly twenty-four hours.

“That horrible man who hid those cameras in your hotel room and took those pictures of you won’t stand a chance against our lawyers. They’ll nail him to the wall for sneaking and selling those pictures. But you shouldn’t feel bad about what people are seeing, honey. Your body isn’t anything they haven’t seen before. Why don’t we let the lawyers take care of going after him while we look on the bright side—we’ve gained over a million followers on every single social platform in just a matter of hours!”

In the end, that was what had snapped Rosa’s heart in two—realizing that her body had been nothing more than a trade for a few million new social media followers for her family’s brand. That her pride, that her privacy, that her utter lack of consent to the nude photos were simply a good way to increase their worth to advertisers who wanted the Bouchards’ endorsements for their makeup and fashion lines.

As a new wave of misery rose within her, Rosa could feel the rips and tears clawing at her heart. The ocean crashing on the rocks swallowed up the sound of her tears, but instead of continuing to be glad for the cover, anger suddenly flooded her.

She was so tired of being muted. So damned sick of always being told what to say and how to say it by the cable network’s publicity team.

A roar of fury was rising in her throat when she was jolted by a sudden flood of unexpected warmth. Lifting her face from where she’d had it buried on her knees, she was shocked to realize that the gray clouds had parted and a bolt of sunshine was coming through.

Shining straight at her.

For one blissful moment, both her brain and her heart cleared so that she could appreciate the beautiful sound of the waves crashing and feel the delicious warmth of the sun on her wet face and arms.

But the moment passed way too soon, and when it did, everything that had happened in the past twenty-four hours came crashing right back. 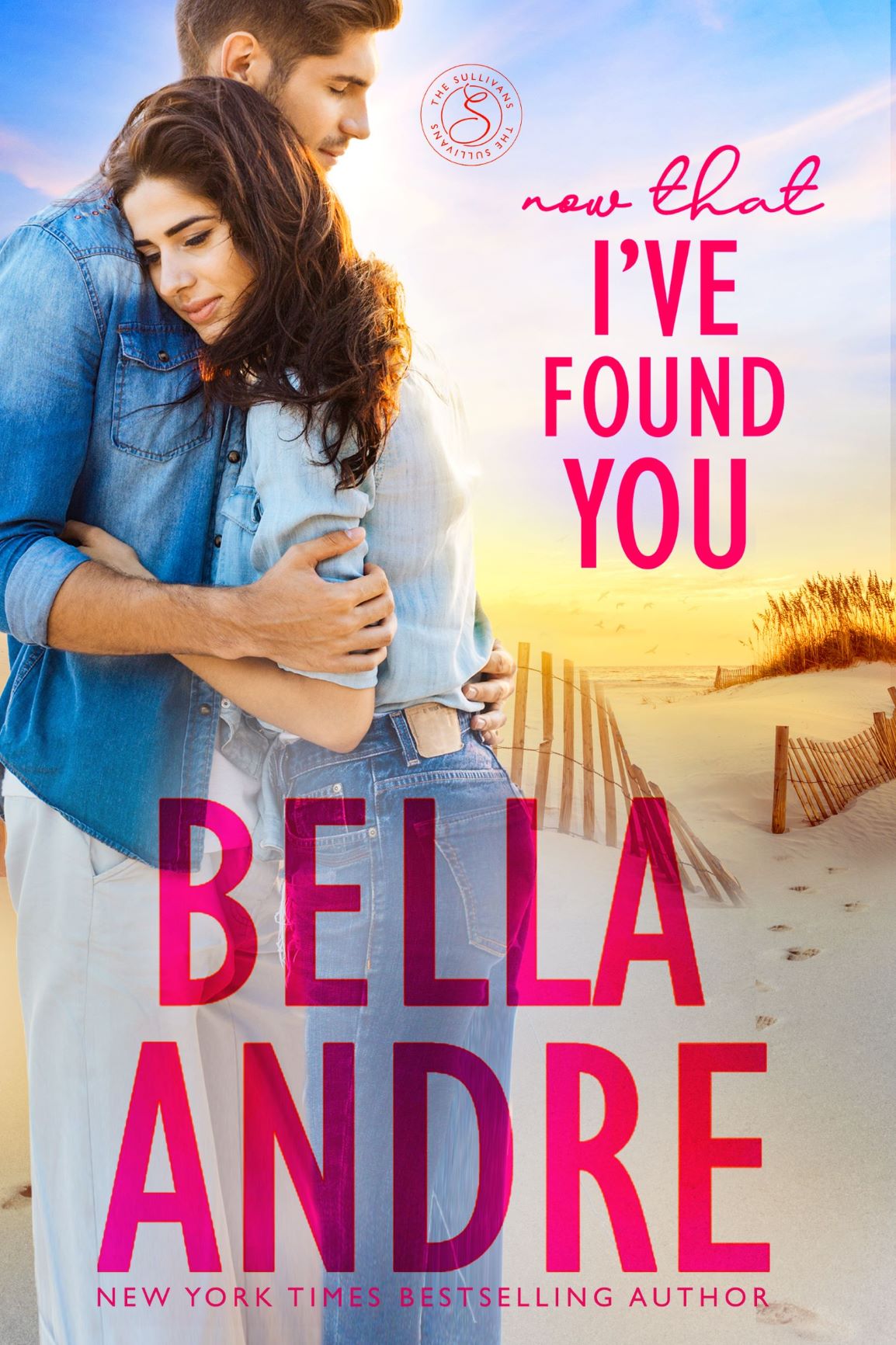