Please enjoy the following excerpt of Sweeter than Ever: The Sullivans® (Honeymoon Novella), copyright 2017, Bella Andre…

​Valentina found Smith waiting for her inside—and her heart leaped in her chest just looking at him.

​She could still hardly believe that he was hers—this incredible man, who had more love to give than anyone she’d ever known. It didn’t hurt, of course, that he was also stupendously good looking. Tall, broad, chiseled. With a face so handsome, so sexy, it stopped hearts all over the world.

​She licked her lips as he continued to stare at her from across the living room with that intensely sensual gaze that always melted her insides.

​As he moved toward her, she stood rooted in place. How could she possibly get her legs to work when it was taking everything she had just to think clearly? He was the only one who called her by her full name, rather than Val—and the way he said Valentina made every part of her heat up, head to toe.

​She could hear the anticipation thrumming in his voice, just as she could feel it inside of her. Working on film sets where the hours often stretched from dawn until long after sundown meant that they had learned how to take advantage of any possible chance to be alone—even if it was just ten minutes stolen in an editing booth or a dressing room at a studio event. Seven days and nights alone together was the greatest wedding gift they could have given each other.

​Finally, as his arms opened, she came unstuck. Putting her hands around his neck at the same time as he slid his around her waist, she looked up into his deep blue eyes and felt such joy that her grin beat out the kiss she’d been planning to give to her new husband.

​Once upon a time, she’d been afraid to do this, to step into Smith’s arms. The first time he’d asked her out, standing in her studio trailer on the Gravity film set in San Francisco, she’d so badly wanted to say yes. But all her baggage, her past hurts, had risen up inside of her, had filled her with panic. So she’d asked to just be friends. “We already are,” was what he’d told her.

​He was also her best friend.

​His grin mirrored hers, and then he lowered his mouth to her ear and said, in a deep voice that had thrill bumps running all across her skin, “Remember the first time we made love?”

​How could she possibly forget the way he’d loved her after they’d returned from a fairy-tale trip to Alcatraz? All the dreams of love that she’d been too scared to let herself dream had begun to come true that night.

“Tonight,” he promised, “is going to be even better. Even sweeter. Even hotter.”

Excerpt from Sweeter than Ever: The Sullivans® (Honeymoon Novella), copyright 2017, Bella Andre… 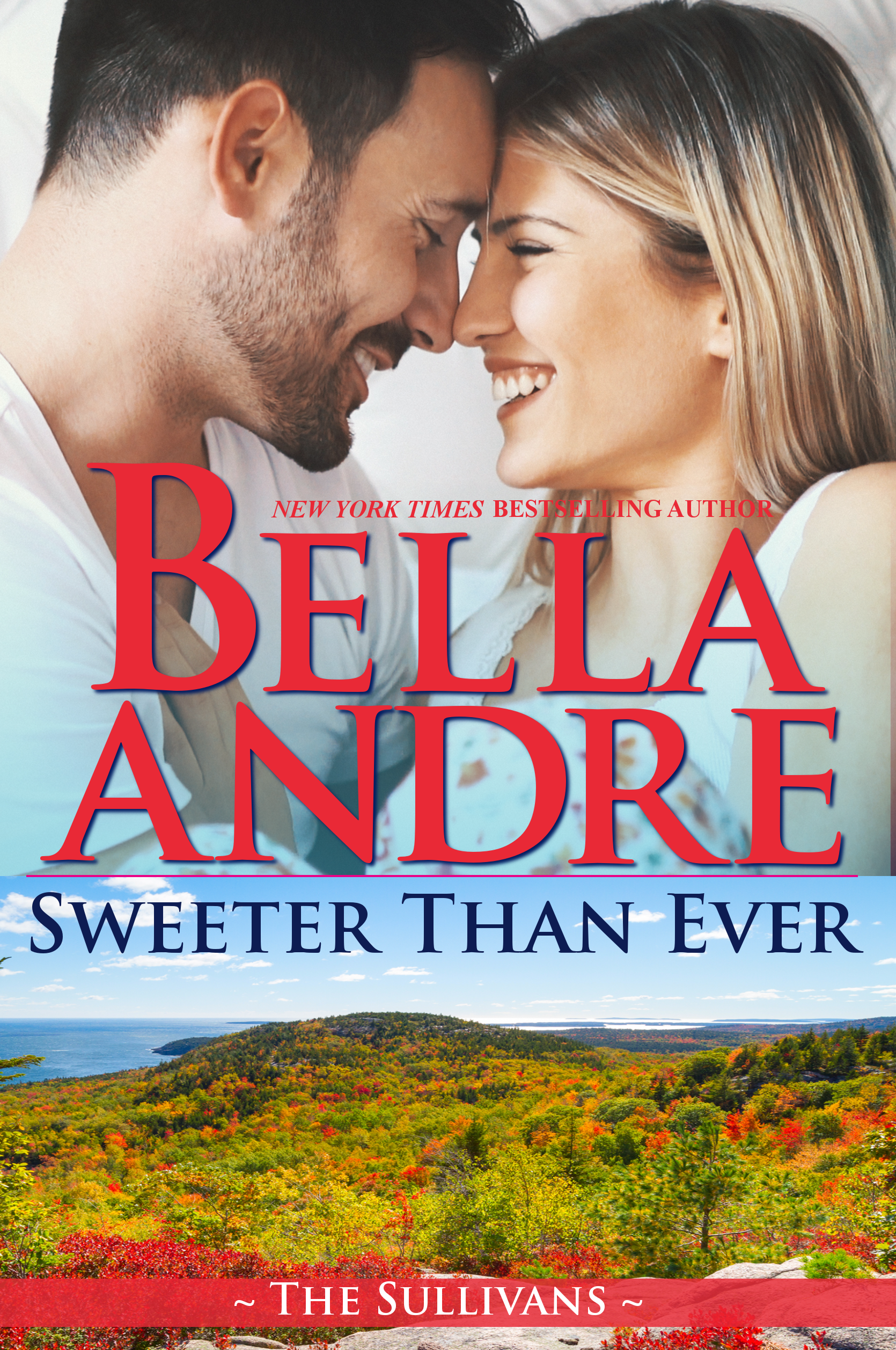