You Do Something To Me

Excerpt from YOU DO SOMETHING TO ME (The Sullivans®) by Bella Andre, copyright 2017

The air in the room felt different now. No longer comfortable. Cordelia should have gotten up, should have made an excuse to put some space between them. Instead, she found herself asking, “What are you normally like?”

“Counting the seconds until I can leave. Until I can head back to my own space and do my own thing. But with you—”

He lifted his hand to her cheek, and when he touched her, something inside of her came alive. Something she hadn’t even known was there, lying dormant.

And a soul-deep longing to know what it would be like to be wanted by Alec Sullivan, a brilliant, gorgeous, incredibly sexy man who could have anyone.

“You do something to me, Cordelia,” he said in that deep voice that made her shiver and heat up all at the same time, “and I keep trying to find reasons to stay longer.”

His eyes lowered to her mouth, and her lips started to tingle from nothing more than his intense gaze. No one had ever looked at her like this, with such hunger. And she’d never felt so greedy for a man’s kiss in her life.

But if they kissed, what would happen next? Would he actually want to come back to her little garden cottage next week, and the week after that, to woo her? Because she would never fit into his fancy world of jetsetters and dealmakers and supermodels.

Cold, hard reality was the only reason she was able to draw back. “I’ll bet the pie is cool enough to cut into now.” She stood on shaky legs to get out the pie cutter and did her best to act like they hadn’t been just about to devour each other.

The act of putting slices on plates helped in her effort to slow her galloping heart. “It looks delicious,” she said as she handed him pie, silently praising herself for how normal her voice sounded.

She’d thought she would be too nervous to eat now, but one bite of his pie almost made her forget about the tension thrumming between them. “Oh­my­gosh­this­is­so­good.” She’d shoved too much into her mouth as she spoke for the words to come out clearly. She made herself swallow before saying, “I can’t believe you made the crust from scratch from nuts and graham crackers. You’re amazing!”

But he hadn’t taken a bite yet, hadn’t shown any interest whatsoever in the pie. “Women don’t usually sprint away when I’m about to kiss them.”

Her fork clattered to her plate. She’d thought they’d both ignore the almost-kiss and that would be that. But Alec Sullivan truly wasn’t like any other man she’d ever met. Which meant that they couldn’t just leave the big elephant in the room.

“You and I come from different worlds, Alec. We never even would have met if not for…” She sighed, her stomach churning enough that she put the delicious pie down on the coffee table in front of the couch. “For my surprise inheritance.”

“So this is what it’s like to be on the other side of the brush-off.” He didn’t sound at all happy about it. In fact, his tone was downright grumpy as he added, “My sister and female cousins would love to be a bunch of flies on the wall right now.”

How was it that the most gorgeous man in the world was the one sitting on her couch feeling like he’d just been kicked in the gut…by her? “It’s not that I didn’t want to kiss you,” she explained before she could think better of what she was saying. “It’s just that I don’t think it’s smart to kiss you.”

“The other guys you’ve kissed, did those turn out to be smart decisions?”

Okay, so maybe she shouldn’t have put it quite like that. “Obviously not, since none of them are here right now,” she admitted. “But you and I, we’re like chalk and cheese.”

“Can you even tell me what that phrase means?”

She bit her lip, realizing she didn’t actually know much about the phrase, only that she was pretty sure it was of British origin. “We’re like apples and oranges, then.”

Why was he making this so hard? “Round pegs and square holes!”

His eyebrows went up at that, the corner of his mouth lifting ever so slightly. “I’m trying to decide if I should let the peg/hole thing go or not.”

Her face flamed even hotter as visions hit her of the two of them doing something very different than talking on her couch. “I don’t get it. Why do you want to kiss me—some small-town gardener who isn’t in any way connected to your world?” But before she let him answer, she had to ask, “Are you just curious about something you’ve never had before? Or, maybe, do you hate the thought of not getting something you think you want, even if you don’t really want it?”

“I won’t deny one and two are a part of it. But there’s also three—you’re beautiful.”

She was completely caught off guard by his compliment. She looked down at her jeans, her T-shirt, ran a hand over the end of her ponytail. She’d showered and changed, but it hadn’t made much difference. “I’m a mess.”

“You are.” He smiled, letting wicked intent shine through. “But you’re a beautiful mess. Four, you always say exactly what’s on your mind.”

“The circumstances have been so strange that I have to be totally honest with you.”

“And six…I keep wondering if this was Gordon’s hope all along. For the two of us to meet.”

She didn’t have a quick comeback to that. Not when a part of her had been wondering the same thing—if this was some strange master plan her birth father had for the two of them. Matchmaking from the grave.

“No,” she finally said, desperate to deny this instinctive attraction to Alec the same way she wanted to deny the money that had landed in her lap. “He couldn’t have wanted that. Couldn’t have known he’d die at just the right time for you and I to get together and fall in love.”

Alec jumped off the couch at the word love. “He should have known better than to think I had that in me. I’m the worst possible guy in the world for you.” Suddenly Alec cursed, low and frustrated. “He must have thought you could reform me. Make me believe in fairy tales and happily ever afters.”

Excerpt from YOU DO SOMETHING TO ME (The Sullivans®) by Bella Andre, copyright 2017 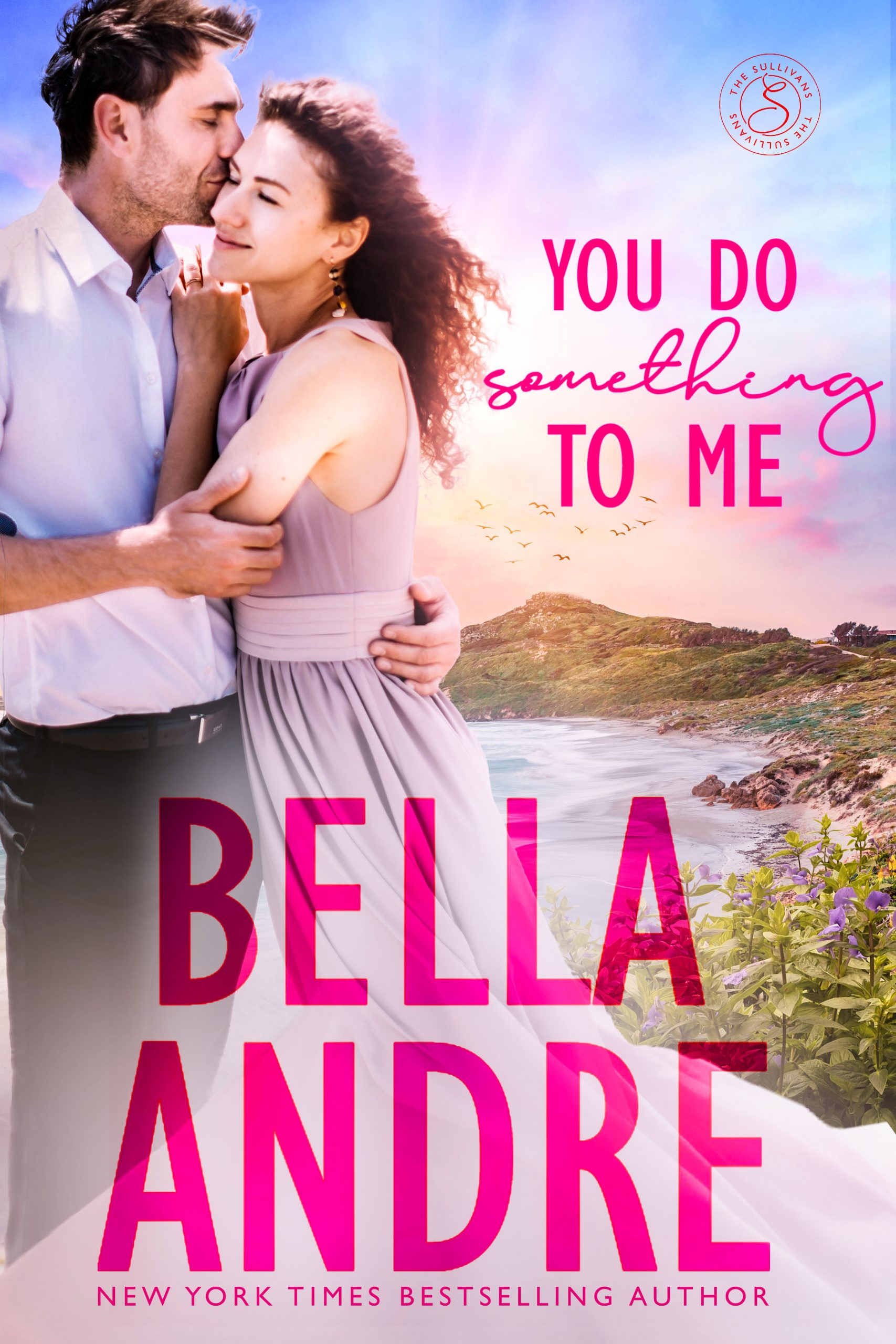